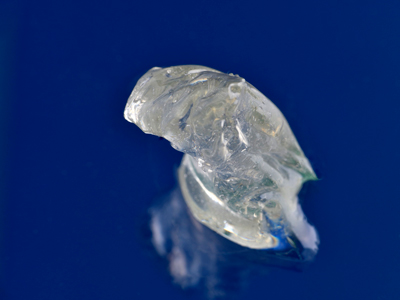 The future environmental footprint of the tire industry could be substantially shrunk thanks to a new ecofriendly way found by four RIKEN researchers that harnesses bacteria to make a chemical used in synthetic rubber1.

Each year, factories around the world churn out more than 12 million metric tons of the organic chemical 1,3-butadiene, which is used in tires, adhesives, sealants and other plastic and rubber products. They produce it by an energy-intensive process that relies on petroleum, which contributes to climate change.

Scientists have tried for many years to create 1,3-butadiene from more environmentally friendly starting materials by using specially designed microbes. But no one had previously succeeded in transforming a simple sugar such as glucose into the chemical in one easy step.

Now, by engineering bacteria to convert glucose into 1,3-butadiene, Yutaro Mori and his three co-workers, all at the RIKEN Center for Sustainable Resource Science, have devised a sustainable approach to rubber and plastic production. 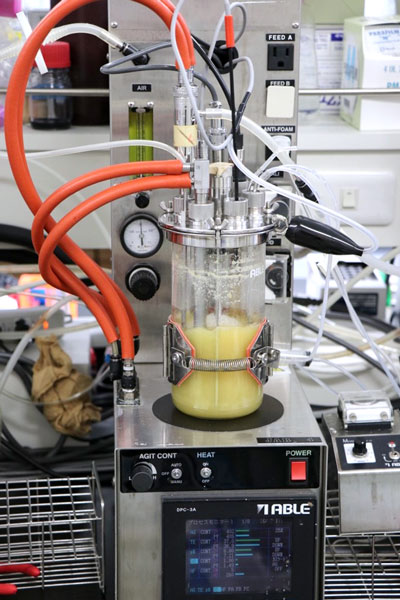 The RIKEN team succeeded in this long-sought goal by focusing on two parts of the biomanufacturing process. They first engineered a bacterial enzyme that could convert a biological compound that can be developed from glucose into 1,3-butadiene (Fig. 1). The researchers then modified a strain of the bacterium Escherichia coli to use this enzyme and produce the chemical. Since 1,3-butadiene is a gas at room temperature, it can be easily captured as the bacteria continue to divide and grow.

The technique still has a little way to go before it is ready for industrial primetime. The RIKEN team managed to synthesize only about 2 grams of 1,3-butadiene per liter of microbial brew. Much larger amounts will be needed for the method to be cost competitive with petroleum-based production.

But with some additional engineering and optimization, Mori believes his team will get there. They are now further tweaking the bacterium’s metabolic pathways and enhancing the enzyme’s efficiency. In collaboration with the companies Yokohama Rubber and Zeon Corporation, the RIKEN team is also scaling up the protocol to work with larger volumes of microbes.

The researchers are also exploring ways of harnessing the power of microbes to produce other chemicals from renewable resources. “After doing additional research into enzyme engineering and metabolic engineering, I hope we will be able to make a substantial contribution to realizing a low-carbon society and a sustainable bioeconomy in the not-so-distant future,” says Mori.