Polymers that heal and machines with muscles 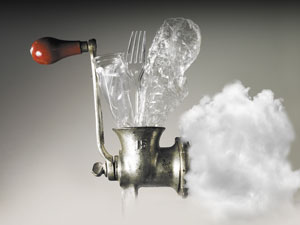 In 2016, it was estimated humans generated roughly 30 trillion metric tons of waste and used about 1.6 million barrels of oil a day. To tackle this global environmental issue, chemists in the RIKEN Emergent Soft Matter Function Research Group are working toward a category of ‘soft matter’ materials with the potential to dramatically shrink humanity’s footprint by reducing waste and fossil fuel consumption. These innovations include futuristic-seeming materials designed to have unique properties: water-based polymers that are less energy intensive to produce and easier to recycle than conventional plastics; materials that generate electricity from heat; and, more energy efficient devices that employ environmentally responsive components.

For more than a decade, researchers around the world have been exploring the new tantalizing possibilities of soft matter by tapping into fields such as chemistry, physics, engineering and environmental science to create new materials. Since the Emergent Soft Matter Function Research Group was established in 2013 within the RIKEN Center for Emergent Matter Science (CEMS), we have been leading the way. Within the last five years, our chemists have already dramatically advanced the basic science of soft matter, as well as identified some incredible properties in exotic examples, including hydrogels and liquid crystals.

Self-healing materials likely common in one to two decades 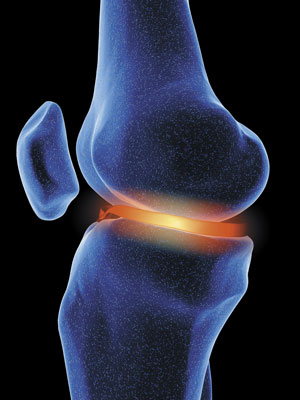 While soft matter is re-emerging as a hot topic, people have been marveling at soft-matter materials for centuries. French physicist Pierre-Gilles de Gennes, regarded as the founding father of the modern field of soft matter, noted in his 1991 Nobel Prize lecture how, more than 500 years ago, indigenous people in the Amazon basin dipped their feet in sap from the rubber tree Hevea brasiliensis, allowed it to dry, and voilà, they had rubber boots. He pointed out that this phenomenon is striking because “a very mild chemical action has induced a drastic change in mechanical properties: a typical feature of soft matter.”

At around the same time as de Gennes’ lecture, Jean-Marie Lehn, who won the Nobel prize in chemistry in 1987, proposed a novel way to make polymers—supramolecular polymerization. It has added several exciting properties to soft matter’s arsenal, including the ability to self-heal. Traditionally, polymers—chains of smaller molecules—are made by linking the monomers with strong covalent bonds. Lehn suggested that dissolving monomers in a particular way would cause them to spontaneously link up and form a new one-dimensional structure through more dynamic non-covalent bonds. Normally, this would result in a weak structure, but Lehn discovered that under certain conditions the resulting polymer would have the same strength as an ordinary polymer. Supramolecular polymers’ non-covalent bonds also reform so that broken forms fuse easily back together with the same or almost the same strength as before.

Research on the topic was hampered  by the fact that materials made via supramolecular polymerization were notoriously hard to control, but, in a 2015 paper published in Science1, our soft-matter group developed the first mechanism that allowed very high precision in this area. The group’s mechanism meant that the materials produced by supramolecular polymerization could be relied upon, as their chain length and molecular weight could be precisely controlled.

The ability to self-heal will ensure that products made from these polymers will have longer lifetimes. Furthermore, their weaker bonds will mean that recycling them will require less energy than conventional polymers, such as plastics made by oil-based production processes.

Water-based plastics on the horizon 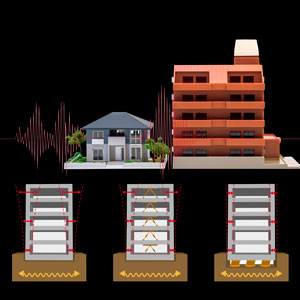 A hydrogel that is 98 per cent water and reinforced with titanium nanosheets could stabilize buildings during earthquakes. © 2017 RIKEN

‘Aqua materials’ are a promising basis for water-based plastics, which could replace petroleum-based plastics and also improve recyclability.

In 2010, while at the University of Tokyo, I collaborated on the creation of a hydrogel consisting of approximately 98 per cent water, 2 per cent clay and 0.2 per cent organic components. It was the first material of its kind to be strong, self-healing and capable of maintaining biologically active proteins.

In 2015, as part of the RIKEN group, we replaced the hydrogel’s clay structure with internal titanium nanosheets2. The hydrogel we produced uniquely combines strength and flexibility and is promising for use as artificial cartilage and to stabilize the base of buildings by absorbing the seismic waves of earthquakes.

The orientation of these nanosheets can be controlled via a magnetic field, allowing the hydrostatic forces to be maximized while minimizing the internal friction—a feat never before achieved in two-dimensional nanosheets. This material has interesting properties. For example, it can be easily deformed when pushed from the side, but is sturdier when pushed from above or below. 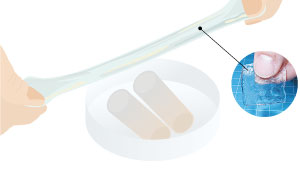 Materials composed mostly of water are more environmentally friendly to produce than conventional plastics made using petroleum, and easier to recycle. © 2017 RIKEN

Soft materials could also be used as actuators to turn on or off machines when ambient temperatures change. With his colleagues, Yasuhiro Ishida, who leads one of the soft matter group’s eight teams, has created just such a material using a hydrogel made with metal oxide nanosheets3. The hydrogel acts like an artificial muscle, expanding in one direction and contracting in the other in response to changes in temperature—and thus could be used as a temperature-driven switch to turn machines on and off.

Another possibility is a film that could produce heat-driven mechanical energy. By heating guanidinium carbonate at high temperatures, a group led by Daigo Miyajima has produced a film composed of a carbon nitride polymer (a robust material similar to graphene)4. Lightweight yet strong, the film bends and straightens in response to tiny changes in surrounding humidity. It even ‘walks’ in a direction if one end is shielded from ambient conditions while the other is exposed. The incredible material can jump 10,000 times its own thickness and endure 10,000 bends without damage. Because it can move in response to environmental conditions such as temperature, humidity and light fluctuations, the film could be used to generate electricity from heat-driven mechanical energy. For instance, if it were embedded in window glass, it could generate electricity in response to the regular temperature changes over the day and night, and thus help meet a building’s electricity needs.

Soft-matter studies have the potential to revolutionize everyday objects—and to improve the efficiency of these objects from production right through to recycling. Already, a related group at CEMS has collaborated with the University of Tokyo to create inflammation-free, highly gas-permeable, ultrathin, lightweight and stretchable sensors that can be directly laminated onto human skin for long periods of time5. This may soon find a use as the Internet of Things increasingly adopts soft materials and looks towards an era where—thanks to a range of collaborations—soft materials allow us to incorporate an energy source such as soft solar cells (known as photovoltaic cells) into clothing so that we can wear sensors that can continuously monitor our physiological responses including temperature or blood sugar levels. In the future, both group’s researchers also hope to work on producing more human-seeming robots—in an area known as soft robotics—by using these unique materials to generate biological-appearing reactions to the external environment. 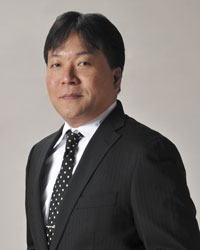 Takuzo Aida has been group director of the Emergent Soft Matter Function Research Group since 2013. In 2010, he received a Purple Ribbon Medal of Honor from the Japanese government for work on macro- and supra-molecular chemistry and for solving energy, biological resource and environmental issues. Other accolades include the Alexander von Humboldt Research Award (2011) and the Leo Esaki Prize (2015).