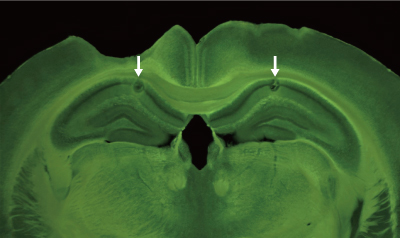 Figure 1: Electrodes (arrows) in the left and right CA1 subregions were used to monitor activity from CA1 cells and highlight the importance of this circuit for coordinated activity. © 2022 Springer Nature

RIKEN neuroscientists have uncovered the neural circuitry that permits a subregion in the hippocampus to communicate with its counterpart in the opposite hemisphere despite there being no direct connection between them1. While not directly applicable to people, this finding is important for informing future studies of the mouse brain.

The hippocampus is well known for its role in learning and memory. Vertebrates have two hippocampi: one on the left side of the brain and the other on the right. Each hippocampus has various subregions, including the CA1 and CA3 areas. 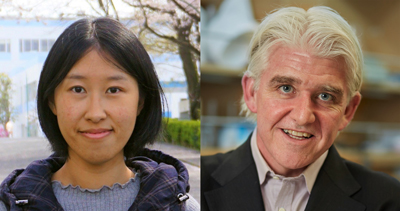 To find out, Thomas McHugh from the RIKEN Center for Brain Science and colleagues used a specially created transgenic mouse that enabled them to silence the activity of CA3 neurons, so that these cells could no longer communicate with CA1 neurons. Electrodes installed in the CA1 subregion of the mice allowed them to monitor the activity of place cells (Fig. 1)—special neurons in the CA1 that fire when the mouse is at a particular location—as the mice ran back and forth on a track.

“The nice thing is, if you record from enough of these cells, you see these repeatable sequences,” says McHugh. “As a mouse runs from left to right, cell 1 fires, then cell 2, then cell 3 and so on, and every time it runs down the track, you see the same pattern of sequences.”

In normal mice, the patterns in the left and right CA1 regions were synchronized, whereas they were mismatched in the transgenic mice. This suggests that input from the CA3 region really does underpin the coordinated activity of CA1 cells.

The story is different in human brains, where imaging studies have shown that our hippocampi act in a more lateralized way—cells in the left CA1 often work independently of their counterparts in the right CA1. The mouse is a widely used laboratory model, so it’s important to highlight these differences.