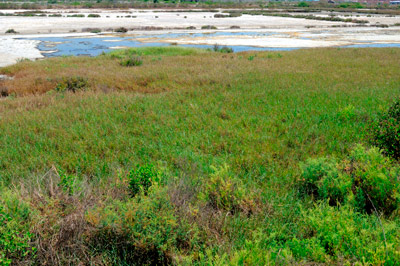 Figure 1: Rice fields abandoned due to salinization in Thailand. Rising salinity levels due to climate change are a growing problem around the world. New insights into the role of cytokinin signaling in making plants more tolerant to a salty medium could lead to new strategies for producing crops that are more salt-resilient. © FLETCHER & BAYLIS/SCIENCE PHOTO LIBRARY

Genetic mutations that almost completely disrupt a natural molecular signaling system in plants can confer the surprising benefit of making the plants more tolerant to high salt levels, a RIKEN-led team has found1. This discovery could help to develop new strategies for enabling crop plants to thrive in regions of high salinity, which is a growing problem in many places in the world.

“Salinity is a major threat to modern agriculture,” says Mostafa Abdelrahman of the RIKEN Center for Sustainable Resource Science (CSRS). “It is now estimated to affect somewhere between 20 and 50% of irrigated agricultural land worldwide as a result of irrigation with brackish water, inefficient drainage systems and global climatic changes.”

To cope with high salinity levels, plants reprogram metabolic pathways in various subcellular compartments. However, how plants regulate these cellular processes has not been well understood until now.

Abdelrahman and his co-workers have now found that cellular signaling molecules known as cytokinins play a key role in regulating the metabolic pathways that control the levels of some metabolites that impart tolerance to salinity.

The researchers focused on mutations in two sets of genes coding for proteins that are involved in cytokinin signaling. They used two powerful systemic analysis techniques—transcriptomics and metabolomics—to tease out the connection between mutations and cytokinin activity. Transcriptomics involves analyzing entire transcripts produced by the genome in order to identify gene-expression profiles under specific circumstances. On the other hand, metabolomics involves analyzing the levels of a wide range of metabolites present in a cell.

Through this two-pronged analysis, the researchers found that mutations that almost completely disrupt the normal molecular signaling processes performed by cytokinins alter the levels of some lipid- and flavonoid-related metabolites, making Arabidopsis plants significantly more tolerant to a salty medium.

While Arabidopsis is not a crop plant, these insights into the role of cytokinins in regulating its responses to environmental stresses may lead to new approaches for combating the problem of increasing salinity in soils worldwide.

“Genetic manipulation of cytokinin signaling might provide a promising avenue for developing salt-tolerant crops to help ensure global food security in this era of climate crisis,” notes Lam-Son Phan Tran, who led the team and is also at CSRS.